Marina is so personable and genuine. She is a great point of contact. Someone who is competent with a great attitude will bring in potential clients. Erik Zentz is prepared, f... read more

Threatening someone with physical harm and causing fear is an act that can a person charged with assault. Assault is a crime against a person that is typically followed by a battery or the unlawful physical conduct. This pertains to unwanted sexual contact or often an act of violence.

Not all forms of threat are considered assault. If you have been recently charged with assault and battery, you might want to know what main elements should be present in a case in order to call it an assault.

Meaning to say, a person who intentionally causes apprehension of imminent harm to another and successfully does it is liable for a crime of assault. To get the best possible defense in court, you must fully understand the main elements of the crime you are involved in. Zentz & Zentz can educate you about an assault case with their outstanding and experienced pool of assault defense lawyers. 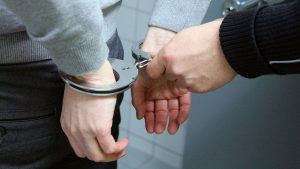 Mere words cannot constitute an assault. Threatening someone with words without any form of action relating to the threat is not an assault. However, if the threat is accompanied by an action that shows the ability of the perpetrator to carry out the said threat, the occurrence of assault is evident. Moreover, unwanted violence or physical contact that causes apprehension of harm to the victim, even with the absence of verbal threat, is still considered assault.

Intent to Cause Harm and Apprehension

Assault always requires the perpetrator’s intent to cause harm and apprehension. Intent is shown when a reasonable person has the knowledge of the possible outcomes of his threatening words and actions and yet continues to do it anyway.

“Intent means acting with a criminal or wrongful purpose,” according to criminal law. Criminal assault is often built by doing it knowingly, purposely, negligently, or recklessly.

Intentional physical contact with a person who does not allow it is considered battery. Oftentimes, a battery is performed by forcing the victim to consent to it. It also the act of hurting someone intentionally, although no injury is required in order to call an act a battery. Touching without permission of the person is a violation of that person’s rights and therefore he can be charged with battery.

In Las Vegas, the different types of battery are simple battery, battery with a deadly weapon, domestic violence battery, battery resulting in serious bodily harm. Each type of battery has a corresponding set of penalties and punishments, depending on the crime’s severity.

Defenses to Assault and Battery Charges

One should know that touching without intent or without the intention to cause harm cannot be brought to the court as a battery. Likewise, without the intention to cause apprehension of harm to the victim, one cannot be charged with assault. If physical contact has been made possible by a person’s permission, then conditions for filing a battery case in Las Vegas, NV are not met.

If the touch is expected by the plaintiff, then it cannot be used against the alleged culprit. Past interactions of the victim and the alleged perpetrator which show their relationship with one another or even behavior around each other can also be used as a defense to the charges being thrown against the said doer.

A misdemeanor is the simplest assault crime which is usually done for the first time by the convicted. It is also charged for a perpetrator who did not use any deadly weapon or does not have the ability to use one. A misdemeanor case in Nevada can result in penalties such as up to 6 months of service time in jail, and/or up to a $1,000 fine.

If the victim is in any of the “protected class,” then the assault is considered a gross misdemeanor in Nevada. Gross misdemeanor requires a year of jail time, and/or up to a $2,000 fine.

If the convicted is already in jail or in custody, probation or parole, the assault is in Category D Felony in Nevada. Meaning to say, he will serve time in prison for 1 – 4 years, and pay up to a $5,000 fine, depending on the judge’s discretion.

For Category B in Nevada, which is described as a crime of assault with a deadly weapon, the convicted should serve 1 – 6 years in prison, and pay up to a $5,000 fine.

Maybe, you are confused as to how you will get out of the assault case in which you are involved. Fret not, Zentz & Zentz assault defense attorneys are the best help that you can give yourself. With years of expertise, qualified and experienced lawyers are available any time to plan and carry out the best defense that you can use to win your case in any Nevada court. Do not hesitate!

I would highly recommend Zentz and Zentz.

I would highly recommend Zentz and Zentz. I was represented by them, who was unbelievably professional and patient with me during the weeks leading up to my matter. They dedicated ... read more

Great service and I highly recommend this firm.