I do know Eric personally and he is a great guy!

I have not had the privilege or affiliate of using his service, but I do know Eric personally and he is a great guy! And if ever I was in a bind and needed professional help or adv... read more

Identity theft is a crime that falls under the fraud category. Primarily, it involves an individual who wrongfully obtains and uses another person’s private information to access money, property, etc. for personal gain. The use of a credit card that is not yours without the consent of the owner is one of the usual cases of identity theft.

If you’ve been charged with fraud, particularly identity theft, you are in a serious crime that requires a strong defense. Book a free consultation now with Zentz & Zentz, and allow our Enterprise defense lawyers to help you justify your plea. 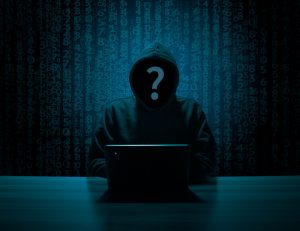 In most states such as Nevada, to misuse the identifying information of another person is a crime. There are two common ways by which personal or financial data are illegally obtained: unlawful access to data by the offender from government and business entities and via lost or stolen identification and credit/debit cards, purses and wallets, mails, etc.

Identity theft can be carried out through any online platform. Yet, surprisingly, details can also be acquired from papers containing sensitive data that can be found in trash cans and other unprotected areas. Identity theft is deemed one of the fastest-growing crimes in Enterprise, NV, which robs people of their finances, identity, peace of mind, and time.

In 1998, Congress passed a law that made identity theft a federal crime. Identity Theft and Assumption Deterrence Act states that federal crime occurs when a person “knowingly transfers, or uses, without lawful authority, a means of identification of another person with the intent to commit or to aid or abet, any unlawful activity that constitutes a violation of Federal law, or that constitutes a felony under any applicable State or local law.”

Subsequently, Theft Penalty Enhancement Act was passed in 2004. This increased penalties for aggravated identity theft. As a result, courts were required to inflict two additional years of a jail sentence for general offenses and five additional years for crimes that are related to terrorism.

For the investigation and prosecution process of identity theft crimes, government agencies are concerned, such as the Federal Bureau of Investigation, Federal Trade Commission, Secret Service, and Postal Inspection Service.

The following activities below are considered and can be charged with identity theft in Nevada. The use of personal identifying data in order to:

The different examples of personal identifying information include but are not limited to the following:

Punishments and Penalties of Identity Theft in Nevada

Punishments and penalties of identity theft in Enterprise rely on some elements like who the victim is, the number of victims, the amount involved, and the damage that had been done. Oftentimes, identity theft crimes fall under Category B felonies. Charges in Category B felonies are punishable by 1 to 20 years in a Nevada prison. In addition to that, a fine of up to $100,000 must be paid as penalty. Since it is a crime of theft, it will require the convicted person to pay the amount in restitution to the victim.

Other penalties include a minimum three-year prison sentence apart from restitution if your case involves any of the following:

You definitely want to win your case and be liberated from any charges, penalties, and punishments involved in identity theft crime. Success in court requires planning, strategies, and a well-developed defense. All of this will only become possible with the help of a professional defense lawyer. Zentz & Zentz has a pool of experienced and outstanding defense attorneys that will help you easily void your case.

Call Zentz & Zentz today at (702) 602-9110 for your Free Consultation with an Identity Theft Defense Attorney!