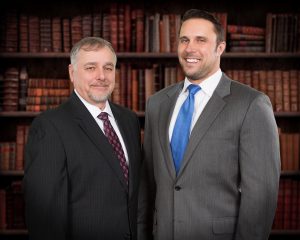 Erik Zentz has been a solo practitioner in the fields of DUI, Criminal Defense and Personal Injury for over ten years. Upon his father’s retirement as a prosecutor for the City of Henderson for the past 20 years, they decided to partner and create the firm of Zentz & Zentz.

Zentz & Zentz will still continue to clients in the fields of DUI, Criminal Defense and Personal Injury, but will now also represent military veterans with Veteran’s benefits claims, as well as represent clients in need of Social Security Disability claims and Worker’s Compensation claims. 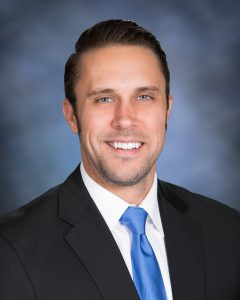 I have lived in Las Vegas for much of my life. I went to high school at Silverado and attended UNLV for my undergraduate degree in Criminal Justice. While in college I worked in the hotel industry as a Front Desk clerk/manager at the Treasure Island Hotel and Casino.

After graduating from the Thomas Jefferson School of Law in San Diego I promptly moved back to Las Vegas and started working as a prosecutor. During my time as a prosecutor I learned the ins and outs of criminal and DUI law and tried hundreds of criminal and DUI cases. I soon decided that I wanted to defend people instead of trying to put them in jail, so I switched sides.As a prosecutor and as a defense attorney I have had the opportunity to take thousands of cases to trial, winning often. I love going to trial and being in court, that’s why I have ultimately chosen to be a criminal defense attorney.

Another thing that I love to do is getting to play rugby. I am on the local Las Vegas team, the Las Vegas Blackjacks. Rugby is a tough, competitive sport which cultivates a never give up attitude, which I apply to my performance for my clients.

I love competition. I will compete in the courtroom for you as hard as I compete on the field. I will take that toughness and competitiveness from the field to the courtroom and in to trial and I won’t stop working until I get you the BEST possible result.

If you or someone you love has been accused or arrested for a crime in Las Vegas don’t let it ruin the rest of your life by choosing the wrong attorney. I know Las Vegas and how good the people that live and vacation here are, and I will work hard to give you the BEST defense. As they say, “For the BEST defense call Erik Zentz.” 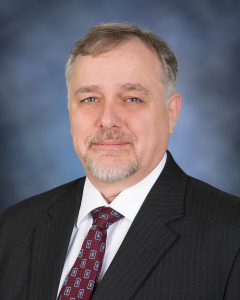 From 1974 to 1979 I served in the U.S. Air Force. In addition to the law enforcement training I received I was the honor graduate of the Air Base Ground Defense School in 1975. That school was required before I deployed overseas. I worked base patrol, security and criminal investigations. I held the rank of Sergeant when my enlistment ended.

For more than 19 years I prosecuted countless criminal cases for the City of Henderson. At the time I retired I was the supervising Attorney for the Criminal Division. As a prosecutor I had the reputation of being aggressive, knowledgeable, and fair. I was also part of the Henderson Municipal Court Veteran’s Treatment Program team that began in 2009. The Veteran’s Treatment Court works in conjunction with the VA to keep veterans out of jail and help them get back to being the law-abiding, productive person they once were.

I am a regular contributor on “Veterans Talk, The Forgotten Promise” a talk radio program that discusses all issues relevant to the military veteran community. The program airs on KDWN 720 AM in Las Vegas and Fox Radio talk KKFT 99.1 FM in Reno live at 1200 to 1400 Pacific time every Saturday. The program is also available online at www.kdwn.com.

I will provide all of our clients the highest level of service in all of our practice areas. I am especially passionate when it comes to working with and for military veterans and police officers. I represent clients in veteran disability compensation claims, military discharge upgrade applications, labor and employment matters, compensation matters and criminal cases.

Call Zentz & Zentz today at (702) 602-9110 for your Free Consultation with a Las Vegas Criminal Defense Lawyer!

Zentz and Zentz was great! They helped me with my DUI case.

Zentz and Zentz was great! They helped me with my DUI case. Appearing in court for me and getting extensions when I needed them for my court fines. My DUI was reduced to reckless d... read more

His rate was reasonable and his service was awesome!!

Erik Zentz was my DUI defense attorney back in March 2014. His rate was reasonable and his service was awesome!! He put me at ease and did everything he said he would. Within 6 mon... read more