Great experience working with them.

Are you currently under investigation for Fraud charges? In Enterprise, many people are accused of it every year. Fraud involves intentional deception usually to pursue or gratify one’s self-interest. It may be monetary or personal gain, or a desire to harm someone. Fraud can be a broad legal term, but it usually deals with deceitful conduct, false statement, misrepresentation, or pretension. 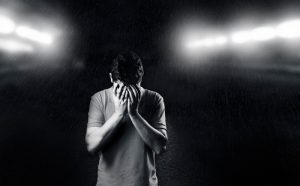 Fraud has many different types. Crimes of various acts are charged with fraud as long as intentional misrepresentation is involved. Below are some of the fraud offenses that exist in Enterprise, NV.

Penalties for Fraud Crimes in Enterprise

Very professional and very good at their job.

Zentz and Zentz are very professional and very good at their job. They have made us feel comfortable and in good hands. Constantly in contact and up to date with the progress. I wo... read more

Best lawyer ever Marina always answer my questions love the way how Eric dealt with my case.

Best lawyer ever Marina always answer my questions love the way how Eric dealt with my case if you're looking for a good lawyer I highly recommended ... read more